This sale is for Magdalena’s Brain (2006) starring David Joseph on DVD.

5.5
Director: Warren AmermanWriters: Warren Amerman, Marty LangfordStars: David Joseph, Konrad Rogowski, Sanjiban SellewSummary: Magdalena Welling (Amy Shelton-White) wasn't always a recluse, living in an abandoned warehouse, surrounded by outdated computers, archaic medical equipment, and responsibilities almost too great to bear. She was once a successful surgeon; her husband Arthur (Sanjiban), a brilliant scientist. But now, they exist in a world of emptiness and solitude, continuing the radical artificial intelligence research that Arthur had started a lifetime before. Before the accident. Now, after four years of ceaseless work, they've made a breakthrough, a discovery so great that it could change the face of science. But it will also require a sacrifice so great, that Magdalena's world will never be the same. Written by Anonymous
Also known as: Magdalena's Brain (on a region-free DVD). 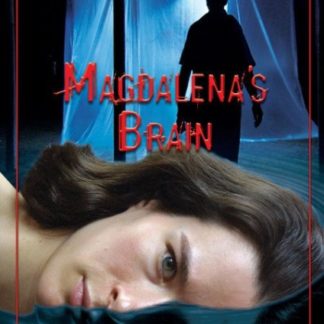