This sale is for Love Potion (1987) starring Nancy Paul on DVD.

5.8
Director: Julian DoyleWriters: Julian Doyle, Mark EzraStars: Nancy Paul, John Rowe, Robert AshbySummary: After her brother's death by overdose, Delaware delves into the world of drugs. Two years later she agrees with her father to submit herself to a drugs rehabilitation program in a special clinic in England. When she arrives for the treatment, with a small group of other drug addicts, she gets in touch with the doctors' unorthodox methods and soon realizes she's stuck in a place where morbid and strange experiences with drugs take place. Written by Hugo Lopes
Also known as: Love Potion (on a region-free DVD). 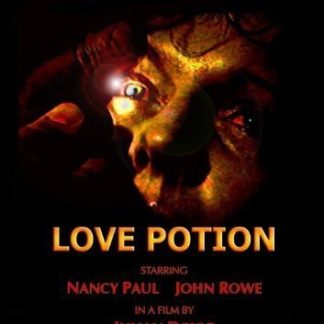