This sale is for Ling huan xian sheng (1987) with English Subtitles on DVD.

6.7
Director: Ricky LauWriters: Wing Keung Lo, Cheuk-Hon SzetoStars: Ching-Ying Lam, Richard Ng, Billy LauSummary: Expelled by a band of restless ghosts in his village, Taoist Priest Mao Ming, and his two spirit companions, visit another village to seek wealth. There, Ming meets Master Gau, the "Vampire Buster," who is trying to defeat an evil Sorceress and her henchmen, whose goal is to conquer the human race. Gau also informs Ming that humans and ghosts cannot co-exist peacefully. As Ming and his ghost companions part ways, they are later attacked by the Sorceress. As a result, Ming joins forces with Gau to put a stop to the evil menace. Written by Oliver Chu
Also known as: Mr. Vampire Part 3 (on a region-free DVD). 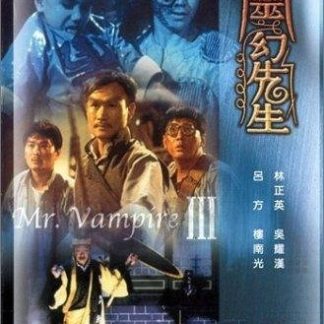