L’immorale (1980) with English Subtitles on DVD


This sale is for L’immorale (1980) with English Subtitles on DVD.

4.9
Director: Claude MulotStars: Sylvie Dessartre, Yves Jouffroy, Anna PeriniSummary: A young woman, Carole with a memory loss because of a car accident hides, by intuition his amnesia from his entourage. Dorothy, a so-called friend comes to pick her up at the hospital and brings her back to Norma's brothel where, apparently, she used to work before her accident. Later she remembers her heavy past when she heard her own 'confessions', which were put on tape for a spicy key novel. She appears to have been a luxury call girl who was persuaded into business by her school friend, Dorothy. She had very strict parents. One day, she meets Chris, a racing driver, whom she falls in love with. But she had to give up her true love because Norma would take her sister in her place in the brothel if she were to leave.
Also known as: L'immorale (on a region-free DVD). 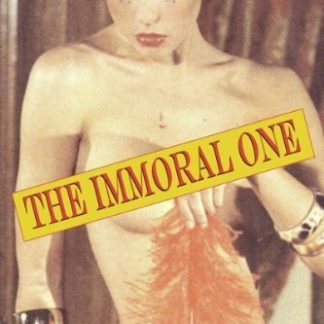