Let’s Do It Again (1975) starring Sidney Poitier on DVD


This sale is for Let’s Do It Again (1975) starring Sidney Poitier on DVD.

6.9
Director: Sidney PoitierWriters: Richard Wesley, Timothy MarchStars: Sidney Poitier, Bill Cosby, Calvin LockhartSummary: Clyde Williams and Billy Foster are a couple of blue-collar workers in Atlanta who have promised to raise funds for their fraternal order, the Brothers and Sisters of Shaka. However, their method for raising the money involves travelling to New Orleans and rigging a boxing match. Using hypnotism, they turn the scrawny underdog into a super-confident fighting machine. They bet heavily on him, he wins easily, and they return to Atlanta with their money. All is fine until the gangsters conned by these two figure out what happened show up in Atlanta with a grudge. Now Williams and Foster have to rig the fight again so the gangsters can get their money back or they'll be killed. Can they do it again...? Written by Afterburner <[email protected]>
Also known as: Let's Do It Again (on a region-free DVD). 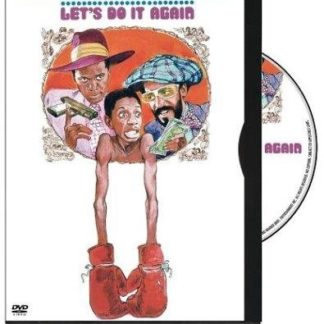