Leaves From Satan’s Book (1920) with English Subtitles on DVD


This sale is for Leaves From Satan’s Book (1920) with English Subtitles on DVD.

6.7
Director: Carl Theodor DreyerWriters: Edgar Høyer, Marie CorelliStars: Helge Nissen, Halvard Hoff, Jacob TexiereSummary: After seeing D. W. Griffith's epic Intolerance, Denmark's greatest director, Carl Theodor Dreyer (The Passion of Joan of Arc, Vampyr), was inspired to make his own four-episode historical epic with each story told end to end, anthology-style, linked by theme to the others. The unifying character, Satan, attempts to win God's favor but is doomed to cheerless participation in dark episodes of human history: the temptation of Jesus, the Spanish Inquisition, the French Revolution and the Russo-Finnish war of 1918. Few directors resisted compromise and convention the way Dreyer did; fortunately, the Nordisk Film Company was artistically progressive by Hollywood standards and agreed that this should be a prestige film made to the highest standards. More than two years in production, Dreyer not only directed but also controlled every facet of this ambitious production. Written by Anonymous 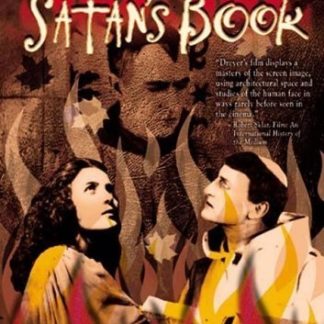