This sale is for Leather Jacket Love Story (1997) starring Sean Tataryn on DVD.

6.2
Director: David DeCoteauWriters: Rondo Mieczkowski, Jerry GoldbergStars: Sean Tataryn, Christopher Bradley, Geoff MoodySummary: In this gay romantic comedy tinged with a bit of fetish, teen Kyle (Sean Tataryn) is a hopeful poet who, bored with his superficial life and West Hollywood friends, decides to move to the Silver Lake area of Los Angeles, an area which he thinks is edgier and more artistic. Just after moving, Kyle discovers a neighborhood coffee shop, where he is hoping to get his poetic juices flowing, but instead meets a motorcycle riding 30-year-old carpenter (Christopher Bradley). Will their one night stand turn into something more? Written by TrivWhiz
Also known as: Leather Jacket Love Story (on a region-free DVD). 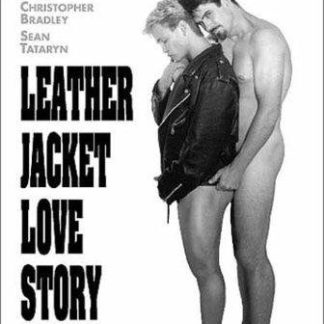