This sale is for Ladies’ Man (1962) with English Subtitles on DVD.

5.6
Director: Bernard BorderieWriters: Marc-Gilbert Sauvajon, Peter CheyneyStars: Eddie Constantine, Françoise Brion, Claudine CosterSummary: On vacation on the Cote d'Azur. Lemmy Caution meets several young women, three of whom are the wives of important diplomats. One of them, Claudia after having caused a fight, is discovered dying by Lemmy at the meeting she had fixed for him, at the foot of a cliff. A tape recorder found next to him announces his intention to commit suicide. Lemmy soon learns that another friend drowned six years ago. But as he penetrates the mystery that seems to bind these kind people together, Lemmy finds himself facing increasing threats and dangers. He feels that, while seeming to want to avoid him the worst, the friends are trying to guide him on false leads. Are they victims? But Lemmy remains convinced that one of the women is an accomplice of the blackmailer who, knowing the secret of the friends (a secret they finally revealed to Lemmy) forced them to give him information obtained through their husbands.
Also known as: Ladies' Man (on a region-free DVD). 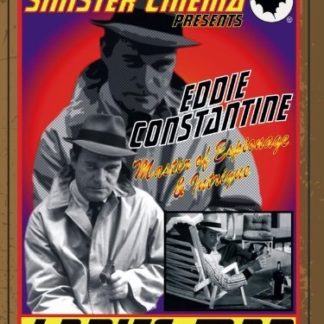