This sale is for La mort d’un bûcheron (1973) with English Subtitles on DVD.

7.0
Director: Gilles CarleWriters: Gilles Carle, Arthur LamotheStars: Carole Laure, Willie Lamothe, Daniel PilonSummary: Marie Chapdelaine leaves her rural Quebec village and travels to Montreal to find her estranged lumberjack father who disappeared seven years ago. She meets Armand St-Amour, a former friend of her father and the owner of a country-and-western bar called the Rodeo Club. Armand takes the opportunity to exploit the naive and innocent young girl and tells her that if she works for him as a topless singer he will put her in touch with her father's mistress who will know where he is. She meets Francois Paradis, a journalist, and becomes romantically involved with him. He suggests to her that he has contacts in the logging industry that could have a lead on her father's whereabouts but first he encourages her to quit her job at the bar and come to work for him. She agrees, and Francois gets her a job as a model and forces her to pose nude for a magazine. Disillusioned, Marie loses touch with what she really came to the city to do until a chance encounter may finally lead her to the truth... Written by pr1mal_1
Also known as: La mort d'un bûcheron (on a region-free DVD). 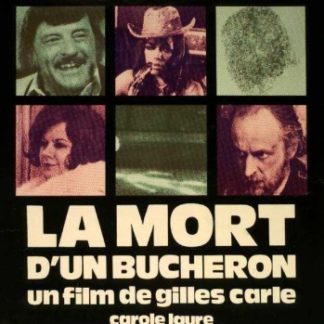