This sale is for La Grande Bouffe (1973) with English Subtitles on DVD.

7.2
Director: Marco FerreriWriters: Marco Ferreri, Rafael AzconaStars: Marcello Mastroianni, Michel Piccoli, Philippe NoiretSummary: Four middle-aged friends and members of the professional bourgeoisie, Ugo, a chef and restaurant owner, Marcello, an incorrigible womanizer and Alitalia pilot, Michel, a delicate television producer, and Philippe, a venerable magistrate, gather for a debaucherous weekend at the latter's Parisian villa. There, as the four men prepare for a Romanesque feast, truckloads of fine food and wine arrive, accompanied by three elegant and lithe prostitutes. Without a doubt, the rapacious and degraded hedonists are determined to eat themselves to death, one elaborate morsel after another, nevertheless, for what reason? Written by Nick Riganas
Also known as: La Grande Bouffe (on a region-free DVD). 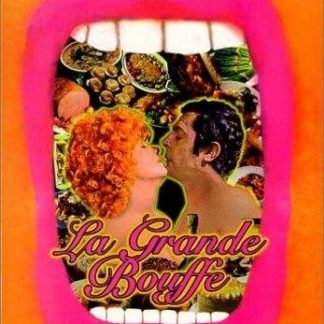