This sale is for La bella e la bestia (1977) with English Subtitles on DVD.

5.7
Director: Luigi RussoWriters: Paolo Belloni, Luigi RussoStars: Lisbeth Hummel, Anna Maria Bottini, Piera Maria CarettoSummary: There are 4 stories: 1) The Slave: A sex crazed queen subjects the king to some degradation for one day and pays with her life the next day. 2) Zoorastia: The wife of a king is imprisoned by him with only a horse and two large dogs for company, leading to sexual antics that drive her mad. 3) La Fustazione: A boy spies on his mother while she masturbates or copulates with her lover and discovers he enjoys the pain inflicted by his all too willing cousin. 4) The Promise: Giovanna, a very young and spotless bride, appreciates the caresses of the female dressmaker who is sewing the dress and disdain her future husband. She would like to be deflowered by her cousin, Eric. Her persistence will have the desired effect, but Eric takes her virginity in a different way, thus preserves the honor of her cousin.
Also known as: La bella e la bestia (on a region-free DVD). 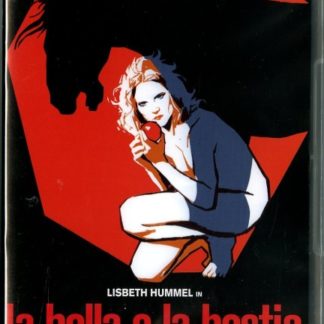