Kohraa (1964) with English Subtitles on DVD


This sale is for Kohraa (1964) with English Subtitles on DVD.

6.7
Director: Biren NagWriters: Biren NagStars: Biswajit Chatterjee, Waheeda Rehman, Lalita PawarSummary: After her dad passes away, Rajeshwari is left an orphan, dependent on a widow with a mentally challenged son, Ramesh. She believes that her son will recover after Rajeshwari marries him, this drive Rajeshwari to suicide, and this is where she meets Raja Amit Kumar Singh. Both meet, fall in love, and get married. Rajeshwari is then taken to his palace and is simply overawed. It is then she finds out that Amit had been married before to Poonam, who had passed away. She experiences Poonam's presence in the palace, especially in her bedroom, where she finds the rocking chair moves by itself, the bed is warm as though somebody had slept in it, the windows open up on their own, and she hears a voice singing. This begins to tell on her nerves, and the presence of Poonam's maidservant, Dai Maa, does not help. Then their lives are turned upside down when the Police find Poonam skeletal remains in a car at the bottom of a muddied lake, and they arrest Amit for killing her. If found guilty, Amit... Written by rAjOo ([email protected])
Also known as: Kohraa (on a region-free DVD). 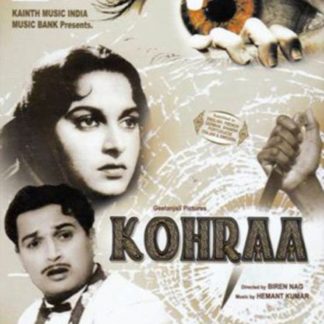