This sale is for Kiss the Blood Off My Hands (1948) starring Joan Fontaine on DVD.

6.8
Director: Norman FosterWriters: Leonardo Bercovici, Ben MaddowStars: Joan Fontaine, Burt Lancaster, Robert NewtonSummary: Bill Saunders, disturbed ex-soldier, kills a man in a postwar London pub brawl. Fleeing, he hides out in the apartment of lonely nurse Jane Wharton. Later, despite misgivings about his violent nature, Jane becomes involved with Bill, who resolves to reform. She gets him a job driving a medical supplies truck. But racketeer Harry Carter, who witnessed the killing, wants to use Bill's talents for crime. Written by Rod Crawford <[email protected]>
Also known as: Kiss the Blood Off My Hands (on a region-free DVD). 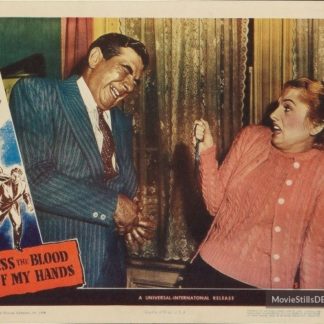