Just the Way You Are (1984) starring Kristy McNichol on DVD


This sale is for Just the Way You Are (1984) starring Kristy McNichol on DVD.

5.9
Director: Édouard MolinaroWriters: Allan BurnsStars: Kristy McNichol, Michael Ontkean, Kaki HunterSummary: Susan Berlanger, a New York based concert flutist, is currently in the pit orchestra for a ballet company where her best friend Lisa Elliott is a dancer. Susan's parents are helping arrange a European concert tour to increase her professional profile. She is considering accepting the marriage proposal of straight-laced investment banker Frank Bantam, it a marriage of convenience for both with Frank still in the closet, and Susan facing her own man problems. Having contracted a case of viral encephalitis at age nine, Susan requires a brace to walk, and even then with a limp. As such, many men seem to be attracted to her until they see the brace. In going on that European tour, Susan comes up with an idea to explore life without being judged solely by her disability. On her limited funds, she will ditch a couple of the tour dates and instead head to the French ski resort of Megève on a deal. Before she goes, she is able to persuade a Parisian doctor to put her usually braced leg in a ... Written by Huggo
Also known as: Just the Way You Are (on a region-free DVD). 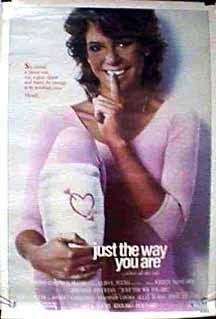