This sale is for Johnny Sunshine Maximum Violence (2008) starring Ian Argo on DVD.

2.5
Director: Matt YeagerWriters: Sean-Michael ArgoStars: Ian Argo, Sean-Michael Argo, Shey BlandSummary: The Sprawl, a seedy underworld of exploitation, violence, and zombies. In this maze of alleyways and speakeasies life is cheap, drugs are cheaper, and surviving to a ripe old age is an urban myth. At the center of it all is Johnny Sunshine, a porn star and killer for hire. She stalks the night like a tempest of sex and violence, much to the pleasure and profit of her producer, Max, and his entertainment empire. As the body count rises, Johnny becomes a victim of her own success. In secret a plot is hatched to orchestrate her downfall, and capture it all on camera to create the greatest snuff film ever made. Written by dissolve pictures
Also known as: Johnny Sunshine Maximum Violence (on a region-free DVD).
Source: imdb.com 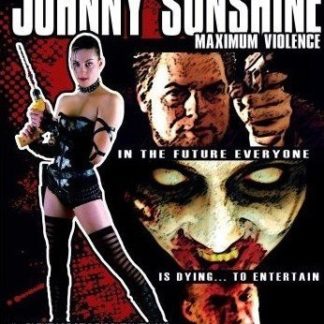