This sale is for Johnny Cash at Folsom Prison (2008) starring Gene Beley on DVD.

Director: Bestor CramWriters: Michael StreissguthStars: Gene Beley, Jim Brown, June Carter CashSummary: By 1968, Cash was still a star, but he was a man with sometime to prove as he sought to rise from a career slump brought on by a battle with drugs that took a toll on his body and spirit. That year, Cash performed a concert for the inmates of California's Folsom Prison, and the show was recorded for a live album. Cash delivered one of the greatest performances of his life that day, stark and heartfelt and full of empathy for the broken souls listening to his music, and the album that resulted was a surprise hit, reestablishing Cash as one of country music's most powerful and respected artists. Written by Ulf Kjell Gür
Also known as: Johnny Cash at Folsom Prison (on a region-free DVD).
Source: imdb.com 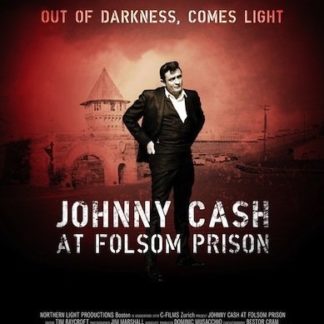