This sale is for Joë Caligula – Du suif chez les dabes (1969) with English Subtitles on DVD.

5.8
Director: José BénazérafWriters: Gérard de Niort, José BénazérafStars: Gérard Blain, Jeanne Valérie, Ginette LeclercSummary: (Contains spoilers) A group of brash hard young men from Marseille moves to Pigalle, Paris, and starts knocking over jewelry shops, gas stations, road houses and bistros - wearing wraparound sunglasses and brandishing Luger pistols and Sten guns, bistros in their efforts to conquer part of the violent and brutal criminal underworld until then «owned» by the established criminal organization. They spend time torturing, killing and intimidating the old generation of gangsters and their molls, until they either pay up or die. They hang out at strip joints where the girls do it slowly - to the tune of "I'm Evil". For kicks they watch their sexy molls fight it out in vicious apartment cat-fights where the loser pays the penalty of getting sliced up the back with a stiletto knife. The gang is led by Joë Silverstein ('GERARD BLAIN') nicknamed Caligula, who like the Roman emperor, is an amoral psychopath, image-conscious, sadist, and sickly in love with Brigitte ('JEANNE VALERIE'), his ... Written by Artemis-9
Also known as: Joë Caligula - Du suif chez les dabes (on a region-free DVD). 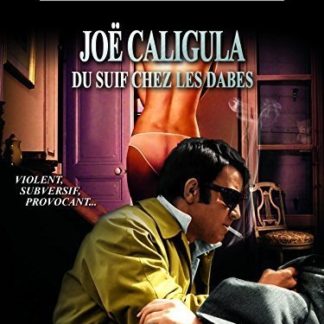