This sale is for Jo Siffert: Live Fast – Die Young (2005) with English Subtitles on DVD.

7.4
Director: Men LareidaWriters: Reto Baumann, Men LareidaStars: Adiano Cimarosti, Jaques Deschenaux, Antonietto FossattiSummary: In 1971 50,000 people mourned in the streets of Fribourg, Switzerland: Jo "Seppi" Siffert had died in a crash at Brands Hatch (GB). Until today, Jo Siffert is considered to be one of the ten best racing drivers ever. Siffert was a popular as well as glamorous star who, shortly after his death, became a legend. The film follows the different stages in Jo Sifferts career and accompanies him from his humble beginnings to his great successes on the international racing circuits - literally, from rags to riches. Using and reviving the style of the 70s, the film interweaves authentic material with the memories of the protagonists, and creates a gripping image of those days.. Written by Christof Neracher
Also known as: Jo Siffert: Live Fast - Die Young (on a region-free DVD). 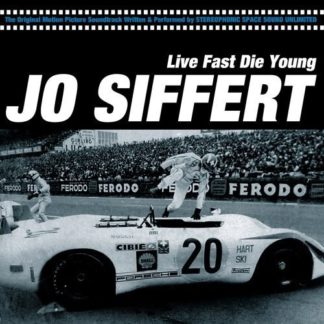