This sale is for Jake’s Corner (2008) starring Colton Rodgers on DVD.

Director: Jeff SantoWriters: Jeff SantoStars: Colton Rodgers, Richard Tyson, Diane LaddSummary: The fictional story of an ex-football star, Johnny Dunn, who moves far from the spotlight after a family tragedy to a small, desert town he owns called Jake's Corner. This dramatic comedy is a cross between Kramer vs. Kramer (1979) and Northern Exposure (1990). Set in the real town of Jake's Corner, Arizona, it is a rest stop for travelers making their way through the Arizona desert, but for the people who live there, it's a rest stop for life. Johnny and the eclectic ensemble that live and work in the town occupy trailers behind the Corner Store and Jake's Corner Bar. Through the years, this cast of misfits has become closer than most families - they are kin. The dynamic of the town is changed forever when Johnny's young nephew comes to live with him. Written by Anonymous
Also known as: Jake's Corner (on a region-free DVD). 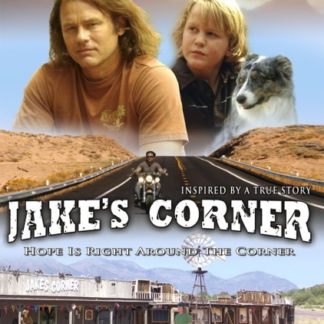