Invaders of the Lost Gold (1982) starring Stuart Whitman on DVD


This sale is for Invaders of the Lost Gold (1982) starring Stuart Whitman on DVD.

2.9
Director: Alan BirkinshawWriters: Alan Birkinshaw, Bill JamesStars: Stuart Whitman, Edmund Purdom, Woody StrodeSummary: A group of Japanese soldiers are transporting a large shipment of gold through the jungles of the Phillipines when they are captured by a cannibal tribe. After a large battle with the cannibals, several members of the group are dismembered and killed. A few of the soldiers survive and successfully hide the treasure in the jungle. Thirty six years later, an expedition heads into the jungle to locate the lost treasure, and wind up in a battle against the elements. Written by Helltopay27
Also known as: Invaders of the Lost Gold (on a region-free DVD). 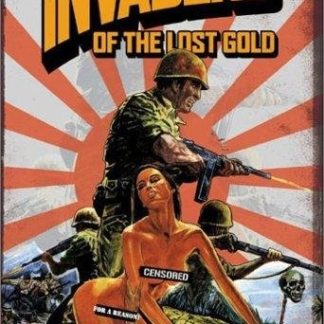