Into the Mirror (2003) with English Subtitles on DVD


This sale is for Into the Mirror (2003) with English Subtitles on DVD.

Director: Sung-ho KimWriters: Sung-ho KimStars: Ji-Tae Yoo, Myung-Min Kim, Hye-na KimSummary: After the accidental death of his partner Young-ho in a hostage situation, the former detective of the Seoul Special Operations Force Woo Young-min feels responsible for the tragedy and quit the police force joining the private security company SecuZone. His uncle and owner of the department store Dreampia, Jeon-il Sung, hires Woo to be the chief of the security of Dreampia, which was rebuilt after a fire where many employees died and is near the reopening in spite of the protest of the families of the victims that claim their indemnity. When an employee dies after hours in the store, Woo leads an internal investigation, while detective Ha Hyun-Su that blames Woo for the death of his friend Young-ho, and his assistant Park, come to the store to lead an official investigation. When other employees that worked in the same department are mysteriously killed in the store, Woo meets Lee Ji-hyun, the twin sister of Lee Jeong-hyun, that convinces him that her sister has not died in the fire ... Written by Claudio Carvalho, Rio de Janeiro, Brazil
Also known as: Into the Mirror (on a region-free DVD). 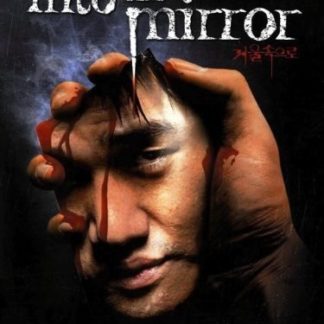