Interview with the Assassin (2002) starring Raymond J. Barry on DVD


This sale is for Interview with the Assassin (2002) starring Raymond J. Barry on DVD.

Director: Neil BurgerWriters: Neil BurgerStars: Dylan Haggerty, Raymond J. Barry, Renee FaiaSummary: Out of work TV cameraman Ron Kobelski is approached by his formerly reclusive neighbor Walter Ohlinger. Ohlinger claims that he was the mysterious "second gunman" that shot and killed President Kennedy. Ohlinger has kept quiet all these years, but has decided to tell his story now that he has been diagnosed with terminal cancer. Kobelski is skeptical of his neighbor's story, after his investigations provide ambiguous answers. His attitude changes, however, after he receives threatening messages on his answering machine, and spots shadowy figures in his backyard. Is Ohlinger telling the truth? Or is there a bigger conspiracy at work? Written by Mike Konczewski
Also known as: Interview with the Assassin (on a region-free DVD).

Be the first to review “Interview with the Assassin (2002) starring Raymond J. Barry on DVD” Cancel reply 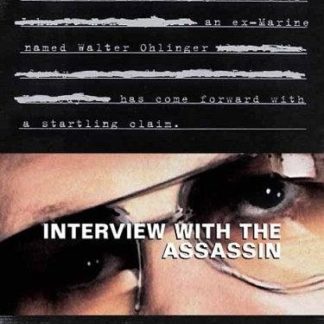