This sale is for Inside Detroit (1956) starring Dennis O’Keefe on DVD. 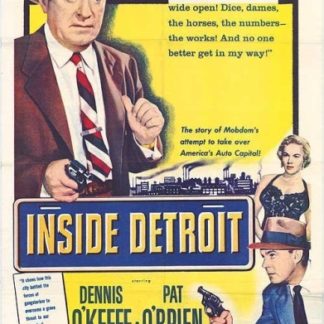