This sale is for Inbred Redneck Alien Abduction (2004) starring Ethan Blum on DVD.

3.4
Director: Patrick VossWriters: Adam Hackbarth, Ron BonkStars: Ethan Blum, Chad Bockholdt, Jeremy CorraySummary: Government special agents are sent to the hills of Arkansas to investigate an alien abduction. The agents meet and "team up" with some back woods hillbillies to infiltrate the alien's mother ship. Once aboard the spacecraft, hillbillies and government agents alike must fight for their lives and escape their alien foes! It's DELIVERANCE, STAR WARS, CLOSE ENCOUNTERS and THE X-FILES, all chewed up and spat out as truly bizarre and twisted fun! You'll like it even if you don't own a double-wide! Written by Anonymous
Also known as: Inbred Redneck Alien Abduction (on a region-free DVD). 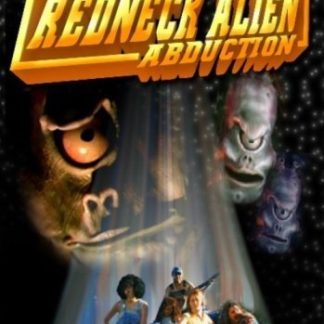