In Your Face (2002) starring Keir O’Donnell on DVD

5.2
Director: Tim TommasinoWriters: Kristin Hornburg, Valerie HiattStars: Keir O'Donnell, Kyle Walls, D'Destin KauffmannSummary: Todd Jarvis is a troubled teen whose one escape is the exciting sport of paintball - and even that is threatened by rival players dead set on making him and his friends miserable. But when a paintball tournament is held in his town, Todd sees his big chance for redemption. Winning won't come easily, and if Todd wants to come out victorious, he'll have to overcome long-shot odds, his own shortcomings... and the arrival of a mysterious stranger. Written by Mirus Productions
Also known as: In Your Face (on a region-free DVD). 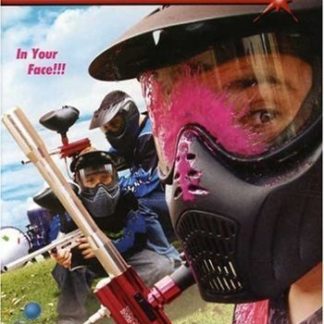