This sale is for In the Realms of the Unreal (2004) starring Larry Pine on DVD.

Director: Jessica YuWriters: Henry Darger, Jessica YuStars: Henry Darger, Dakota Fanning, Larry PineSummary: Henry Darger worked all his life in menial jobs in Chicago. Living alone and in poverty, he had no friends or close family. Spending all his off hours alone, he whiled away the hours working on a 15,000 page illustrated novel called The Realms of the Unreal. A stunning amalgam of religious imagery, fantasy, and heroic drama, the work was only discovered after Darger was moved to a hospital during the last days of his life. Darger also wrote journals and an autobiography. The documentary uses interviews with Darger's neighbors and narration of passages from his works, along with his illustrations, to explore the mind and work of Henry Darger. Written by Ken Miller <[email protected]>
Also known as: In the Realms of the Unreal (on a region-free DVD). 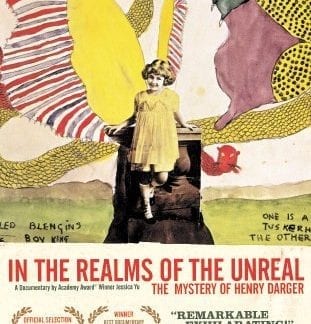