Ilsa the Tigress of Siberia (1977) starring Dyanne Thorne on DVD


This sale is for Ilsa the Tigress of Siberia (1977) starring Dyanne Thorne on DVD.

4.9
Director: Jean LaFleurWriters: Marven McGaraStars: Dyanne Thorne, Michel-René Labelle, Gilbert BeaumontSummary: In 1953, nestled deep in the unforgiving Siberian Tundra, the Stalinist Gulag 14, a purgatory for the rehabilitation of political dissidents, is under the command of the brutally seductive tormentor, Ilsa. However, after Stalin's execution, the camp is burned to the ground by Ilsa's comrades with the intention of leaving no one behind to recount the horrors within the prison's gates, with the exception of one man: the survivor Andre Chicurin. Now, more than two decades later, in 1977, Ilsa has found refuge in Montreal running a profitable brothel, unaware that Chicurin thirsts for retribution. Written by Nick Riganas
Also known as: Ilsa the Tigress of Siberia (on a region-free DVD). 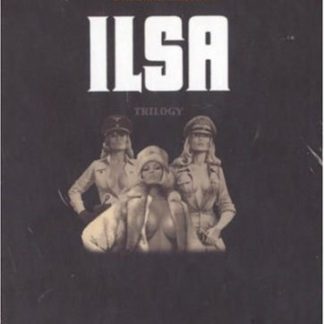