This sale is for Ice Planet (2001) starring Reiner Schöne on DVD.

4.0
Director: Winrich KolbeWriters: Michal ConfordStars: Reiner Schöne, Sab Shimono, James O'SheaSummary: In the brief period of peace after a terrible war in a far future Earth, an outer-space military academy is attacked by an unknown and unstoppable alien force. The commander of the academy, along with a group of newly graduated cadets, escapes to a large research station. Pursued by the aliens, the station jumps through a mysterious hyperspace gateway that sends them to a planet in an unknown part of the universe. Where are they, and will they ever be able to return to Earth? Written by Jean-Marc Rocher <[email protected]>
Also known as: Ice Planet (on a region-free DVD). 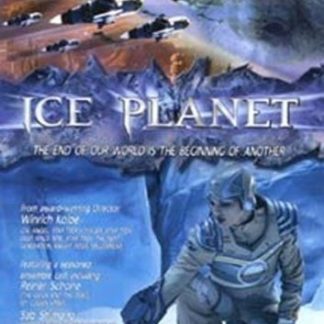