This sale is for I, Monster (1971) starring Christopher Lee on DVD.

5.8
Director: Stephen WeeksWriters: Robert Louis Stevenson, Milton SubotskyStars: Christopher Lee, Peter Cushing, Mike RavenSummary: In the Nineteenth Century, in London, the psychologist Charles Marlowe researches a new drug capable to release inhibitions and uses his patients as guinea pigs. He discusses the principles of Freud with his friend Dr. Lanyon and decides to experiment his drug in himself. He becomes the ugly and evil Edward Blake and his friend and lawyer Frederik Utterson believes Blake is another person that might be blackmailing Charles. Meanwhile Charles loses control of his transformation. Written by Claudio Carvalho, Rio de Janeiro, Brazil
Also known as: I, Monster (on a region-free DVD).

Be the first to review “I, Monster (1971) starring Christopher Lee on DVD” Cancel reply 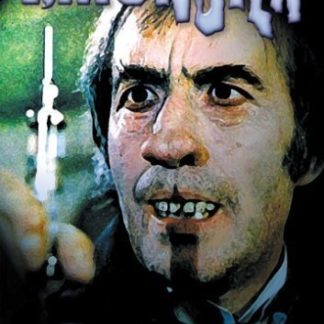