This sale is for Hunger Point (2003) starring Barbara Hershey on DVD.

5.6
Director: Joan Micklin SilverWriters: Jillian Medoff, Deborah AmelonStars: Barbara Hershey, Christina Hendricks, Susan May PrattSummary: The Hunter family is dominated by endless, extreme dieting, due to mother's frustration over a fat-making upbringing by her parents. One daughter rebels to have a life as a nurse, but feels guilty. Then her perfect-considered sister, a workaholic law student, has to be interned for an eating disorder. After mother resists therapy, demanding her release home, a fatal incident occurs and the parents' marriage is wrecked. The surviving sister is consumed by guilty feelings, like the mother, and breaks up her relationship with a young doctor at the clinic, yet lets her grandfather set up dates with his buddy's grandson Charlie, a lawyer. Written by KGF Vissers
Also known as: Hunger Point (on a region-free DVD).
Source: imdb.com 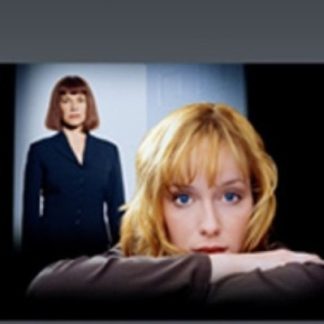