This sale is for House of Wax (1953) starring Vincent Price on DVD.

Director: André De TothWriters: Crane Wilbur, Charles BeldenStars: Vincent Price, Frank Lovejoy, Phyllis KirkSummary: Professor Henry Jarrod is a true artist whose wax sculptures are lifelike. He specializes in historical tableau's such a Marie Antoinette or Joan of Arc. His business partner, Matthew Burke, needs some of his investment returned to him and pushes Jarrod to have more lurid exposes like a chamber of horrors. When Jarrod refuses, Burke set the place alight destroying all of his beautiful work in the hope of claiming the insurance. Jarrod is believed to have died in the fire but he unexpectedly reappears some 18 months later when he opens a new exhibit. This time, his displays focus on the macabre but he has yet to reproduce his most cherished work, Marie Antoinette. When he meets his new assistant's beautiful friend, Sue Allen, he knows he's found the perfect model - only unbeknown to anyone, he has a very particular way of making his wax creations. Written by garykmcd
Also known as: House of Wax (on a region-free DVD). 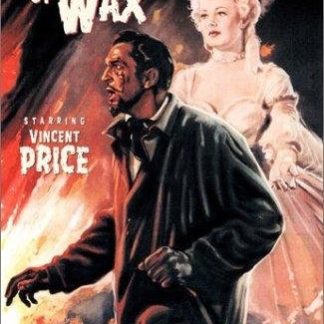