This sale is for Hard Breakers (2010) starring Cameron Richardson on DVD.

Director: Leah SturgisWriters: Elaine Fogg, Leah SturgisStars: Cameron Richardson, Sophie Monk, Chris KattanSummary: Driven by a history of dating pitfalls and frustration with men, Alexis and her best friend Lindsay decide to turn the tables and devise a plan to lure unsuspecting men close enough to knock them out and drag them back to their lair for their own satisfaction. When an absent father and an obsessive ex-boyfriend force Alexis to confront her issues with men, the girls' plan goes awry and Alexis falls head over heels in love with one of her male conquests. Lindsay, consumed by her darker nature, decides to go out on the hunt alone, leading to her arrest. In the end, the girls reunite and recognize the strength of their friendship and that ultimately; their own self worth determines how men will treat them. Written by Official site
Also known as: Hard Breakers (on a region-free DVD). 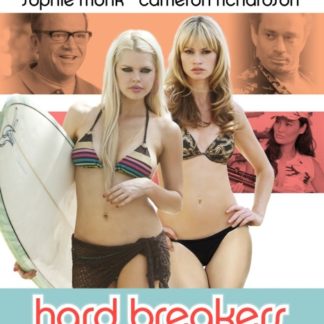