This sale is for Happy End (1999) with English Subtitles on DVD.

6.9
Director: Ji-woo JungWriters: Ji-woo JungStars: Min-sik Choi, Do-yeon Jeon, Jin-mo JuSummary: Choi Bora is a successful career woman who becomes involved with her ex-lover, Kim Il-beom. Her home life is a snore: she's mother to an infant child and her husband, Seo Min-ki has lost his job, leaving her as the family's sole breadwinner. It's unclear if she is with Il-beom just for the sex or for the passion, both of which Min-ki seems incapable of giving. But it seems the jobless Min-ki hasn't been just wandering around parks and reading romance novels as first thought; he knows something is going on, and he's collecting evidence. She is unable to stop going back to Il-beom even though she seems physically and emotionally damaged by their continued affair. Il-beom has realized that he is hooked on her, and is very aware of his jealously-driven actions toward her and her family. Without each other, they have no passion in their lives, and so they must keep going back to each other.
Also known as: Happy End (on a region-free DVD). 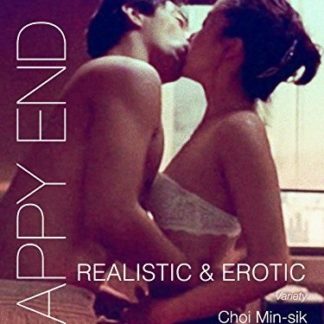