This sale is for Guncrazy (1992) starring Drew Barrymore on DVD.

Director: Tamra DavisWriters: Matthew BrightStars: Drew Barrymore, James Le Gros, Robert GreenbergSummary: Anita is a high-school girl who frequently allows random boys and men to have sex with her, and is frequently raped by her absentee mother's boyfriend. As part of a school assignment Anita takes up correspondence with a lonely young prison inmate, whose letters stir up dormant desires for violence and guns. After buying herself a firearm, Anita convinces her mother's boyfriend to teach her how to use it, and, after he rapes her again, shoots him to death and hides the body. She then sets about getting her new "boyfriend" out of jail and to her, where she slowly drags him with her on her downward spiral of sex, violence, and murder for the sake of murder. Written by JoJo
Also known as: Guncrazy (on a region-free DVD). 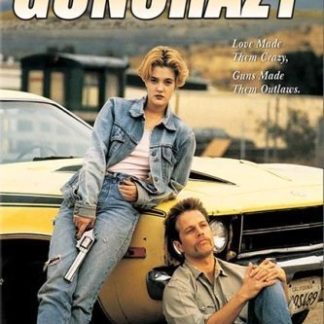