Godzilla (1954) with English Subtitles on DVD


This sale is for Godzilla (1954) with English Subtitles on DVD.

Director: Ishirô HondaWriters: Takeo Murata, Ishirô HondaStars: Takashi Shimura, Akihiko Hirata, Akira TakaradaSummary: When seventeen vessels blow-up and sink nearby Odo Island, Professor Kyohei Yamane, his daughter Emiko Yamane and the marine Hideto Ogata head to the island to investigate. Soon they witness a giant monster called Gojira by the locals destroying the spot. Meanwhile Emiko meets her boyfriend, the secluded scientist Serizawa, and he makes she promise to keep a secret about his research with oxygen. She agrees and he discloses the lethal weapon Oxygen Destroyer that he had developed. When Gojira threatens Tokyo and other Japanese cities and the army and the navy are incapable to stop the monster, Emiko discloses Serizawa's secret to her lover Ogata. Now they want to convince Serizawa to use the Oxygen Destroyer to stop Gojira. Written by Claudio Carvalho, Rio de Janeiro, Brazil
Also known as: Godzilla (on a region-free DVD). 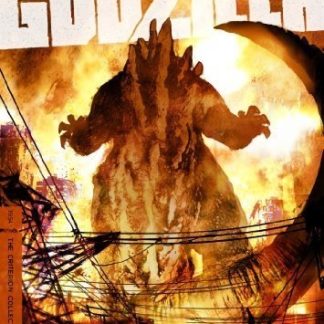