This sale is for Gigglesnort Hotel (1975–) 2 episodes only starring Bill Jackson on DVD.

8.6
Stars: Bill JacksonSummary: An extremely unusual and well-liked children's show starring Bill Jackson of "Clown Alley" fame. Each show was devoted to a "life lesson", like learning about responsibility, fire safety, etc. Jackson would also display his considerable artistic talents, in particular during the segment where he would go find a lump of clay named "Blob" (an actual vocal character who mostly made strange mumbling noises) and shape him into something. Written by Matlock-6
Also known as: Gigglesnort Hotel (on a region-free DVD). 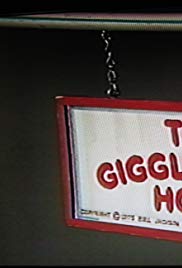