This sale is for Ghostride the Whip (2008) starring Sway on DVD.

Director: DJ VladWriters: Lazlo, DJ VladStars: Sway, Akon, Gary ArcherSummary: From acclaimed executive producer Peter Spirer comes A DJ Vlad film. The first film to definitively capture the energy and danger of "Hyphy," the Hip Hop youth movement exploding out of the San Francisco Bay Area. Narrated by Oakland native and television/radio personality Sway, this film explores the political, social and musical history behind the culture that popularized ghostriding the whip - walking, running or dancing next to a moving car with no driver. GHOSTRIDE THE WHIP also follows the fascinating life and career of a young Vallejo rapper named Mac Dre, who has dominated the Bay Area underground music scene for years. Prolific, iconic, and revolutionary, Mac Dre's music and legacy is inextricably tied into the Hyphy movement. Featuring music and interviews by top Bay Area Hip Hop artists Mac Dre, Too $hort, E-40, MC Hammer, Keak the Sneak, Mistah F.A.B. and more. Written by Joel
Also known as: Ghostride the Whip (on a region-free DVD). 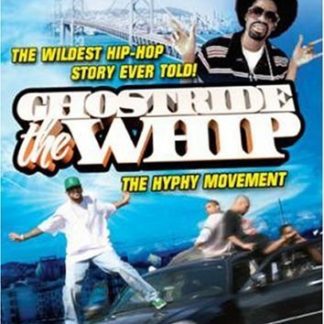