This sale is for Gendernauts: A Journey Through Shifting Identities (1999) starring Susan Stryker on DVD.

5.8
Director: Monika TreutWriters: Monika TreutStars: Susan Stryker, Texas Tomboy, Annie SprinkleSummary: Monika Treut explores the worlds and thoughts of several trans-gendered individuals. As with Treuts first film, Jungfrauenmaschine, Gendernauts, enters a minority sector of San Fransisco culture. The individuals in this film are people whose (genetically) assigned gender does not match their social gender identity. The subject is pinpointed in the film independent of sexual orientation. Leave your conservative hats at the door, this is going to need your special attention. Written by [email protected], edited by April Kester
Also known as: Gendernauts: A Journey Through Shifting Identities (on a region-free DVD).

Be the first to review “Gendernauts: A Journey Through Shifting Identities (1999) starring Susan Stryker on DVD” Cancel reply 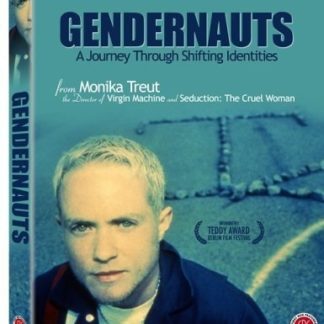 You're viewing: Gendernauts: A Journey Through Shifting Identities (1999) starring Susan Stryker on DVD $12.00
Add to cart
0