This sale is for Four Faces West (1948) starring Joel McCrea on DVD.

7.1
Director: Alfred E. GreenWriters: C. Graham Baker, Teddi ShermanStars: Joel McCrea, Frances Dee, Charles BickfordSummary: Cowboy Ross McEwen arrives in town. He asks the banker for a loan of $2000. When the banker asks about securing a loan that large, McEwen shows him his six-gun collateral. The banker hands over the money in exchange for an I.O.U., signed "Jefferson Davis". McEwen rides out of town and catches a train, but not before being bitten by a rattler. On the train, a nurse, Miss Hollister, tends to his wound. A posse searches the train, but McEwen manages to escape notice. However a mysterious Mexican has taken note of the cowboy, and that loudmouthed brat is still nosing around. Who will be the first to claim the reward for the robber's capture? Written by David Steele
Also known as: Four Faces West (on a region-free DVD). 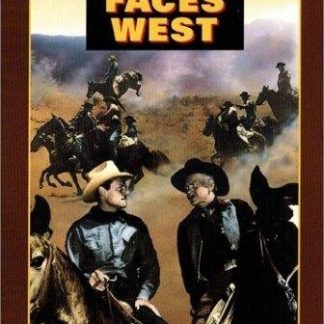