This sale is for Fleur bleue (1971) with English Subtitles on DVD.

5.9
Director: Larry KentWriters: Larry Kent, Edward StewartStars: Steve Fiset, Susan Sarandon, Céline BernierSummary: -In Montréal (Canada), Jean-Pierre is fired on the set of a TV commercial where he's an apprentice technician. He's penniless, behind on his rent, with a thin resume and no college units. He has a fiancée, Michelle, but his head is turned by a free-spirited model, from the U.S., who saw him being fired and comes to his flat to apologize. She's Elizabeth, a combination of feckless innocence and sexual freedom. Jean-Pierre borrows money from his outlaw friend, Dock, and buys clothes to impress Elizabeth. Soon he's sleeping with her, and he pulls a theft with Dock to get money to take her to Acapulco. Michelle tries to bring him back to her orbit. Is there a way out for Jean-Pierre? Written by <[email protected]>
Also known as: Fleur bleue (on a region-free DVD). 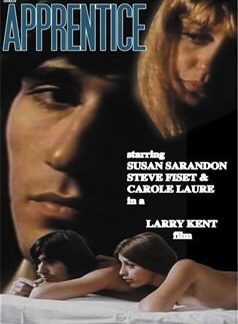