Flesh (1932) with English Subtitles on DVD


This sale is for Flesh (1932) with English Subtitles on DVD.

6.5
Director: John FordWriters: Edmund Goulding, Leonard PraskinsStars: Wallace Beery, Ricardo Cortez, Karen MorleySummary: Laura Nash is an ex-con who is befriended by Polakai, a waiter who is also a wrestler. Even though Polakai is kind to her, she pines for Nick, her old partner in crime. When she gets Nick out of jail, she tells him that she is pregnant and he leaves for America. Laura then marries Polakai, who adores her, and he becomes the wrestling champion of Germany. Laura makes Polakai move to America where she finds Nick and he becomes his manager. Polakai wants to wrestle fairly, but Nick and Joe are both crooked and are only in it for the money. Polakai does not know that Laura still desires Nick. Written by Tony Fontana <[email protected]>
Also known as: Flesh (on a region-free DVD). 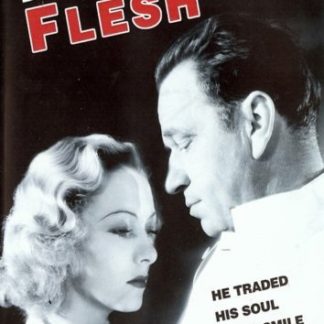