Fever (1999) with English Subtitles on DVD


This sale is for Fever (1999) with English Subtitles on DVD.

Director: Alex WinterWriters: Alex WinterStars: Henry Thomas, David O'Hara, Teri HatcherSummary: An art teacher spends his nights painting. One night he hears noises in the loft over his. Investigating, he discovers an interloper, who claims he is going to rent the area despite the landlord's earlier assurances that he would not rent the area. Shortly after this incident, the landlord is found murdered. The investigation turns towards a drunken evictee who was seen arguing with the landlord. However, his unwanted neighbor appears threatening and malevolent. Plagued by nightmares, the artist also starts acting irrationally and becomes a suspect. Written by John Sacksteder <[email protected]>
Also known as: Fever (on a region-free DVD). 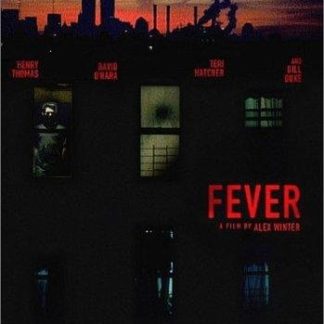