7.0
Director: John PowerWriters: Tony Cavanaugh, Graham HartleyStars: Max von Sydow, Carol Drinkwater, Julia BlakeSummary: On a TV tabloid show, Iya Zetnick exposes Joe Mueller as the Nazi war criminal who killed her family. Mueller is arrested, but prevails in a trial. Zetnick breaks into his house, and kills herself in front of his family. His daughter, who had stood by him, becomes convinced Zetnick was right, and rejects her father after he admits his guilt. Written by Anonymous
Also known as: Father (on a region-free DVD). 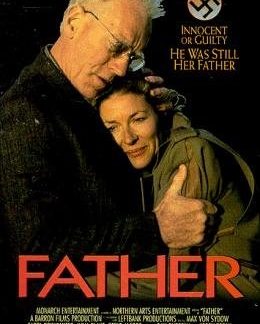