Fall of the Eagles (1989) with English Subtitles on DVD


This sale is for Fall of the Eagles (1989) with English Subtitles on DVD.

5.6
Director: Jesús FrancoWriters: Jesús Franco, Georges FriedlandStars: Christopher Lee, Ramon Estevez, Mark HamillSummary: In World War II Germany, two young men, one, an ardent Nazi, and the other, a secret anti-Nazi, are in love with the same woman, the daughter of a wealthy banker. The two join the Army, and the young woman becomes a nightclub singer. Eventually she joins the Army too, to entertain the troops, but circumstances soon result in her entire world being changed. Written by [email protected]
Also known as: Fall of the Eagles (on a region-free DVD). 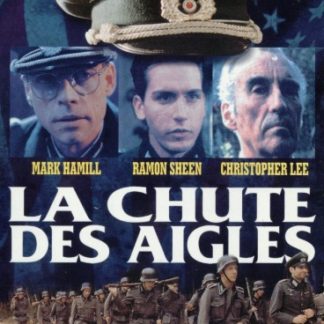