This sale is for Extramarital (1998) starring Traci Lords on DVD.

4.1
Director: Yael RusscolWriters: Don O'MelvenyStars: Traci Lords, Jeff Fahey, Brian BloomSummary: Elizabeth's dream of becoming a respected journalist is rocking her marriage to Eric. When she flies to San Francisco, she meets the mysterious Ann and Bob, Ann's handsome gigolo friend. Although Ann and Elizabeth get along immediately, she soon discovers that Ann is married to someone else. By her demanding editor, she is assigned to contribute to an issue devoted to modern sexual trends. So she persuades Ann to interview about her torrid extramarital affair. She thinks she has stumbled onto an interesting subject. But when Ann is stabbed to death during this anonymous affair. Meanwhile she cheats on her husband with the same man in a moment of weakness, but then she discovers that her life is in danger. Written by klamm
Also known as: Extramarital (on a region-free DVD). 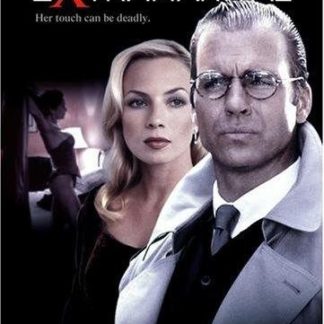