4.9
Director: Todd Jason CookWriters: Todd Jason CookStars: Holly Aeck, Joseph Fautinos, Spencer TraskSummary: A group of rich college brats conspire to play a prank on Jimmy Fisher, the school nerd. But when Jimmy ends up unconscious, the co-eds leave him and head out to a party. What they don't realize is that, when Jimmy wakes up, the evil inside of him triggers and he sets out for revenge as he offs his tormentors in some very original ways: exploding cigarettes, beer bottles, mops, spiked frat paddles and more. Written by Todd Cook
Also known as: Evil Night (on a region-free DVD). 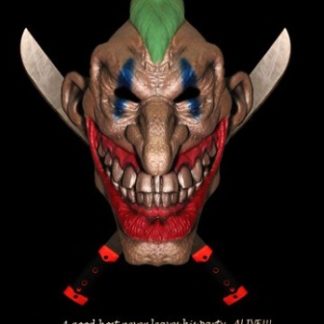