This sale is for Eight Iron Men (1952) starring Bonar Colleano on DVD.

6.6
Director: Edward DmytrykWriters: Harry BrownStars: Bonar Colleano, Arthur Franz, Lee MarvinSummary: Stanley Kramer's WW-II character study has Lee Marvin as the Sergeant of a small squad laid over during fighting in Italy. During the otherwise boring time between battles, tensions arise as they are ordered not to rescue a squad mate pinned down by the enemy, for fear of risking more lives. Based on the stage play "A Sound of Hunting", by Harry Brown. Written by CineTiger
Also known as: Eight Iron Men (on a region-free DVD). 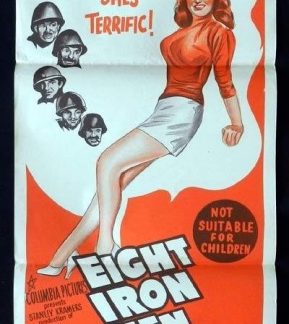