7.1
Director: Ric Esther BienstockWriters: Ric Esther BienstockStars: Ric Esther Bienstock, Felix Golubev, Will LymanSummary: Sex Slaves is a gripping documentary expose inside the global sex trade in women from the former Soviet Bloc. The film takes viewers into the shadowy, multi-billion dollar world of sex trafficking. Part cinema verité, part investigation, Sex Slaves puts a human face on this most inhuman of contemporary issues. From the villages of Moldova and Ukraine, to underground brothels and discotheques in Turkey where many women are trafficked and forced into prostitution, we witness first-hand the brutal world of white sex slavery. Written by Anonymous
Also known as: "Frontline" The Real Sex Traffic (on a region-free DVD). 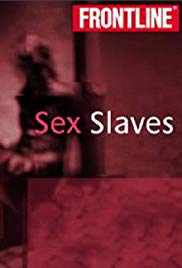