This sale is for Doorways (1993) starring George Newbern on DVD.

5.9
Director: Peter WernerWriters: George R.R. MartinStars: George Newbern, Anne Le Guernec, Robert KnepperSummary: Cat, a fugitive from a parallel Earth ruled by aliens, lands on "our" Earth in the middle of a freeway, causing an accident. She is slightly injured, and wakes up in the emergency room of a hospital, where Thomas, a doctor, takes care of her. The following day, Thomas goes back to the hospital and finds Cat's room vacant and all records wiped out. He discovers that the FBI is investigating Cat's origin, because she has brought a couple of strange artifacts. Thomas is trying to talk to her when she decides to escape. Thomas is forced by the events to follow and help her, all the while trying to understand her motives. It turns out that Cat is fleeing a group of servants of the Dark Lord. They hitch-hike to the nearest Doorway to another parallel world, but while they're waiting for the door to open, they're caught successively by FBI agents and Dark Lord goons. They barely escape through the door to an Earth where petrol has disappeared. Their adventures continue as they are still ... Written by Jay Han <[email protected]> 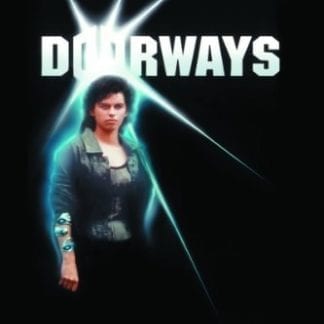