This sale is for Don’t Drink the Water (1994) starring Ed Herlihy on DVD.

6.2
Director: Woody AllenWriters: Woody AllenStars: Woody Allen, Julie Kavner, Ed HerlihySummary: Somewhere behind the early 1960s Cold War iron curtain, the Hollander family cause an international spying incident when Walter photographs a sunset in a sensitive region. In order to stay out of jail, the Hollanders take refuge in the American Embassy, which is temporarily being run by the absent Ambassador's diplomatically incompetent son, Axel. Written by Rob Hartill
Also known as: Don't Drink the Water (on a region-free DVD). 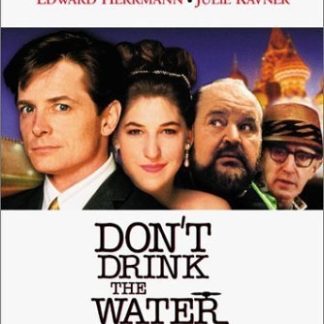